Stop right there! Get a little closer to the screen…closer still… Can you smell it? The scent of cheese and a hint of garlic? Yes we’re back in France! And it’s like coming home – did I say I love travelling in France?

When we last spoke, Vince was in Cudillero in North Spain, and we were exhausted after cycling into town and back for the festival. The following day, gluttons for punishment that we are, we actually walked into town again but at a more leisurely pace. To our surprise the festival was still going on – lots of stamina these Spanish folks – so we installed ourselves outside one of the many fish restaurants and sat back to enjoy the entertainment. We were serenaded by a marching band, then a wandering saxophonist. But best of all the six couples who’d pushed a couple of tables together to eat next to us, burst into song and performed three or four Spanish folk songs with brilliant harmonies and pitch-perfect voices! You can hear them here.

We’ve found that eating at lunchtime in both Portugal and Spain delivers amazing value if you go for the Menú del día – the menu of the day. The starters were almost a meal in themselves; piping hot paella loaded with lobster and prawns for Gill, and fish soup for me which had white fish, crab, prawns and lots of unidentifiable shellfish in a delicious stock, and as much fresh bread as you could eat. Mains were sea-bass for Gill, cooked with fresh veg, and a first for me – grilled turbot; and when I say grilled, the skin was just this side of burned, sprinkled with sea-salt and lemon and phwoaaar…absolutely delicious. The menu included coffees or desserts (we were too full for dessert) AND a bottle of the local vino blanco. All this for €15 each, great value.

We walked round the harbour in the sunshine to help digestion, and for a final look at the town – in truth we were just putting off the long uphill climb back to the campsite – but finally braved the gradient and made it back in one piece for a well-deserved beer.

Friday morning was the usual pre-departure flight-checks; filling & emptying fresh & waste water, emptying the loo cassette, unplugging electricity and securing anything which moves or rattles (motorhomes are noisy beasts on the move). Our destination was Piedras Blancas, only half an hour or so along the coast where we planned to meet our soon-to-be son-in-law Jim (he’s gonna be soooo glad after the October wedding when I stop calling him that & just call him Jim..!)

Jim plays guitar in a successful rock band called Black Moth – look ’em up – who are only doing a few live shows this year to give them time to write and record their third album. One of those dates was here in Spain so we timed our travels to coincide with his visit. I was like a thirteen-year-old schoolgirl – loving every second of chat with the band members and especially attending the sound check where they sorted out sound levels & performed a couple of songs to an empty field which would be full of fans that night.

Taking the pics below, I could feel my insides being battered by the sound pulsing from the speakers stacked either side of the stage – Dom & Dave’s bass & drums were a real rhythm powerhouse – fantastic! I’d like to thank Jim, Federica, Dave, Harriet and Dom for taking time out with us. We didn’t embarrass them further by turning up for their 2am performance – we’d have been the oldest swingers in town – but by all accounts they went down a storm and are building up a good following in Europe.

Another reason for not attending the 2am performance was that we had a big driving day today. We still have six weeks of wandering before we get back to reality but we now need to keep a weather eye on the return ferry date – we’ve just hit 4200 miles of meanderings and we’re still a looong way from home. We’d like to get over to the other side of France to see an Alp or two before we finish, so with more than five hours of solid driving past many of the places we visited earlier in Northern Spain we are now parked up in a campsite in Saint-Jean-de-Luz just over the border in France.

We have mixed feelings about leaving Spain & Portugal – we are much more in our comfort zone here as we speak a bit of French, and I visited this very site last year on the bike. That said we’ll miss the great value restaurant deals and general prices. We are taking advantage of the last week of ACSI campsite discounts before high season kicks in next week; two nights here are costing us €34. If we come back in a week it’ll be €80!! We really need to be spending more nights on free or cheap aires now we’re back in France or we may well be heading home sooner than we planned eek!

Tomorrow is a wandering round the town day. Last year when I was here they had a band playing in the bandstand on Sunday (oompah, not heavy rock..) so we’ll walk or cycle the couple of kilometers, have a lazy lunch and a mooch around before heading off to Biarritz on Monday. 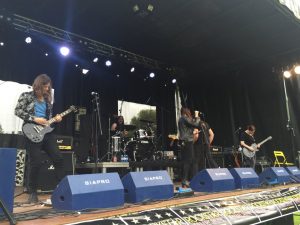 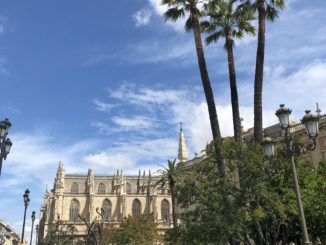 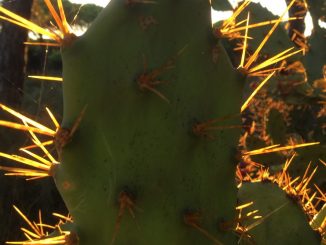 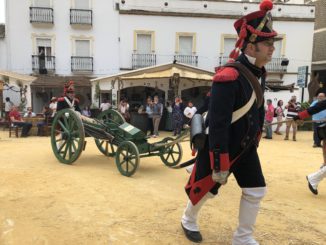