Goodness me! Was our last post really way back in the balmy days of August? As we’ve seen occasionally in some of the other motorhome travel blogs we read, we’re in that difficult between-travels not-much-to-say phase. Awks.

My excuse for this catch-up post is that we have done a tiny bit of Vince travelling – more in a mo – but we also have some blogtastic news for 2019 🙂 Perhaps I shouldn’t have used the word excuse. I mean, who needs an excuse to chat with all our lovely readers who stick with us through thick and thin, boring bits & fun times, and all those annoying sunset pics.?! You’re bloomin’ great, you are.

First things first – in our last chat we were waiting for the keys to the new house after ten months split between a winter in Vince and a summer in a rented bungalow. In fact we’ve just passed a tearful 1-year anniversary of the sale of our family home in the Midlands. Selling up, downsizing and moving to a completely new area isn’t for the faint-hearted let me tell you!

The last eight weeks since we moved in have been er… eventful let’s say. You know that thing they say about the Scots? About living on deep-fried Mars Bars and chips with everything? I’m thinking there might be something in it, given the state of the kitchen when we moved in. Without a word of exaggeration (me? As if…) I had to take a wallpaper scraper to the cooker hood to remove the accumulated grease. Sadly the rest of the house needed a top to toe deep clean too. When we viewed it originally all the doors and windows were open – ‘What a fresh, light and airy place’ we naively thought. What we didn’t reckon on were the – let’s say, aromas left behind from Caledonian cooking habits, two dogs and two cats…

However. That’s in the past; the hideous orange kitchen has been painted a less virulent colour, carpets shampooed, paintwork washed down, pictures hung and the dual-fuel stove mastered. Along the way we’ve had a major flood, a gas leak from the LPG tank and two smashed glass panes from the stove (at £30 each eek!) during the ‘mastering’ process. I wouldn’t mind but the second one slipped through my fingers while I was replacing the first one – on which I’d dropped the poker the day before. It’s the only time since we moved in that I’ve completely lost it – Gill hid in the garage while I stomped round the house shouting and cursing.

All that said, the stove misadventure served to show us the kind of area we now live in. By chance, the manufacturer is based just down the road from us. When I dropped by to see if they had another door-glass, they dug one out from the workshop but when I reached for my credit-card they shook their heads sadly – cards not accepted. I only had £15 cash on me but they said,
“Dinnae worry, take the glass and drop the cash in next week.”
When I asked if they wanted my address or phone number or anything they just replied,
“No son, this is Galloway…see you next week.”
What a lovely attitude. I’m therefore very happy to recommend Dowling Stoves if you’re in the market. Just tell them Mr Butterfingers (as they now call me) recommended you.

Earlier I mentioned some travels with Vince – they consisted of a few nights at Mossyard near Gatehouse of Fleet – the caravan park where I work part-time as Executive-in-charge of Bin Emptying & Bog Cleaning. I love how the jobs I do there change as the year progresses. As the season winds down, the site is much quieter than the frantic days of the summer holidays, so mostly tidying, painting and garden work have occupied me for a couple of weeks. In the second week Gill was on half term from her temporary supply teaching contract so we fired up the Vincinator, decamped to Mossyard and parked up facing the beach for a few days. A spell of van confinement punctuated with seaside strolls, good food and a wine or several, was just what Gill needed to wind down from the constant house-sorting.

We were blessed with a mix of wild weather and still, frosty mornings. I could walk to work, pop back to Vince for lunch, then head off for strimming duties in the afternoon. Did I mention in earlier posts that I love my job? I probably did, didn’t I. Theoretically that’s me finished for the winter, but I’ve been told to expect the odd day here and there which suits me fine – it’s not like there’s nothing left for me to do in the house…

What’s next then, in the way of travels? We have two adventures coming up, the first is a short break to Lisbon in December. We were really impressed with the city when Vince stopped by last December, so we called up Mr Google and asked if he could find us a bargain. He didn’t disappoint so we now have airport parking, flights and a hotel booked for not too many pounds. I’ll jot down a few paragraphs of the usual ramblings while we’re there as long as nobody minds us reporting on travels without Vince? It won’t be the first time as readers of my bike-trip b*ll*cks know to their cost.

After Lisbon there’ll be a frenzy of winter DIY house-sorting – we need a bathroom upgrade and to decorate everywhere. I may even paint the outside of the house if the weather provides a dry spell in the new year; it has that tired, dirty-brown 1980’s pebble-dash thing going on at the moment. We think a few coats of barley-white Sandtex will transform it. (Actually what I said to Gill was that transforming the house with Semtex would solve our problems but she chose to ignore me).

The best news for those few remaining readers who still check in for travel stories, is that we have been and went and gone and booked a ferry to Bilbao in Spain – sailing mid-March. We haven’t booked a return, but before the family cheers and thinks we’re gone for good, Vince aims to explore parts of Spain and Portugal which he hasn’t seen before, then amble back up through France to catch a short crossing home. We reckon 8-10 weeks should do it, so that we can be back for the main summer season at the caravan park, and for Gill to get some supply work before the summer holidays kick in. Well – we have to pay for the gallivanting somehow, unless anyone from Auto-Sleepers is reading this and wants to sponsor us? I thought not.

I’m really looking forward to hitting the road again. We had amazing trips in 2016 and 2017 – all documented in our earlier posts, but this year the sorting of somewhere to live has meant that a really long trip was just not possible. So roll on 2019 and fresh adventures, lots of wine-fuelled blogging drivel and many more miles under the big fella’s wheels. 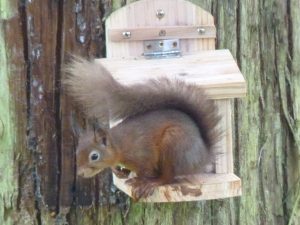 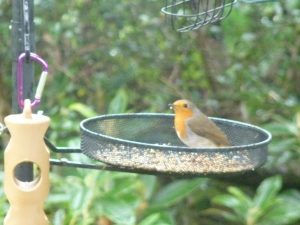 4 Comments on All the leaves are brown…