You can only sit for so long by the pool doing nothing I find.

Sorry? Did somebody up the back there say something? ‘Chance would be a fine thing’ did you say? Yes, believe it or not I do feel guilty sometimes, tapping away here about our adventures, knowing that for our friends, families and loyal readers life goes on. We spoke with one of Gill’s sisters yesterday about how much simpler life is on the road. Vince is pretty easy to keep tidy, fill and empty, so the hardest decisions we face are about where to go and what to eat. We know it can’t last, but for now we carry on in our little bubble of (mostly) fun and togetherness and we’ll worry about work, mortgages, the universe and everything in a few weeks from now. You can do it too – I hope our words might give you a kick-start 🙂

Where was I? Oh yes, with pool life losing its allure we had a lazy start yesterday packing up and leaving the site in Salignac. I forgot to mention that when we arrived I had nearly decapitated myself on the low door frame walking out of the reception hut. (‘No problem, harrumph, ha ha, it’s just a scratch’ – as I cradled my bleeding head in my hands fighting off waves of dizziness & nausea – like a true Brit). I therefore sent the Boss in to pay – she’s only 5’2″ – while Vince and I waited outside the campsite barrier.

We were planning to go south, but as we were only 5k from Sisteron to the north we decided to have a quick look as I’d been there some years before on the bike and remembered it as a pretty town. In fact as I recall, two of my biker friends got there first to order breakfast, but when I arrived with another biker friend the café had run out of croissants. I was told it was because we were too slow but I suspect they’d eaten ours. It was a bit of a frustrating visit (yesterday’s I mean) because we drove through the busy town to a dedicated motorhome car park only to find two cars parked in the only two remaining camper van bays grrrrr. We waited a few minutes to see if their owners would return but as we were becoming an obstruction ourselves we had to drive back through the centre again to another car park. This one had parking fees but what a shame – the machine was broken. Karma was working overtime on our behalf.

As we walked into town I dived into a Barbier shop for only my second haircut of the trip in a completely different setting to the first . When I apologised to the chap in Franglais for not speaking much French he said no problem – he didn’t either! He was a very friendly Iranian fella who, Gill and I both agreed, had the most beautifully crafted beard we’d ever seen, not a hair out of place. Unfortunately his hairstyle looked like an explosion in a gel factory so I hoped to escape into the sun afterwards without my head being deep-fried in the hot sun. I needn’t have worried – he clearly saw me as one of the ‘short back & sides’ generation and went to work accordingly. And for those readers who know me, and before you say it – it didn’t take long, given the little hair I have left.

Sisteron was as pretty as I remembered but as we had a bit of a drive ahead of us, and because it was so hot, we just had a quick coffee and headed back to the van with a look at the Citadel on the way. Tip of the day – we’ve learned always to ask for a carafe of water to drink alongside the very strong French coffee. It’s free, and helps slow down the caffeine-induced palpitations!

There’s not too much to say about the drive to our next destination; it was down the N85, also called the Route Napoleon, one of the best biking roads in Europe, and one I’ve ridden many times. Every time a motorcycle whizzed past us, I cried a little inside.

We were heading for the Lac de Sainte-Croix, a huge lake and a magnet for holidaymakers. On arrival in the village of Sainte-Croix-du-Verdon we could see why – and hopefully you can too from the pics. Sweeping round yet one more of the road’s hairpin bends the village came into view, perched on the hillside above the azure waters of the lake. We just had to stop to take some photos. The aire where we are now is just beyond the village. It’s big, and it’s packed. We nearly had to unleash Gill’s glare again to make some space but luckily one of the other motorhomes pulled out and donated their prime location to us. This side of the aire overlooks the lake and there was enough room on the footpath to set up our chairs & table for a view that money can’t buy. Well, I say that but in fact it cost us €8 per night (we’re staying two).

We spent yesterday evening chatting with a friendly French family (five of them in a van no bigger than Vince – eek!) who had the most delightful twin seven year old daughters. They showed us all their drawings and made us kiss all of their cuddly toys goodnight, bless ’em – but the biggest surprise was an introduction to their pet rabbit who travels everywhere with them. Really!

While we were talking we were treated to a free air show as the amphibious planes of the Securité Civile practised touching down on the lake to collect hundreds of gallons – sorry, litres – of water to quench the flames of forest fires. At least we think it was a practice as they circled and landed again at least eight or nine times. At one point we saw seven yellow planes in a row. I hope our borrowed camera did them justice – we were a long way away. 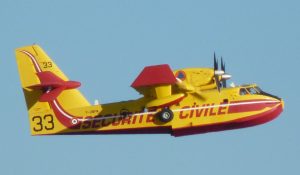 The final show of our excellent evening was also free. As the sun set and turned the opposite bank of the lake orange, a full moon rose right in front of us. I’ve been exploring the functions of our fancy loan camera and I hope you enjoy the results below.

Today has been so hot that all we’ve done is pack a picnic lunch and hiked down to the lake where we’ve lazed around reading and swimming in the refreshingly cool water. But you can only sit for so long by the lake doing nothing I find so…oh, hang on…I think this is where we came in… 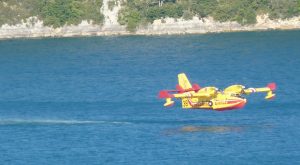 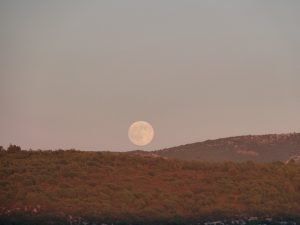 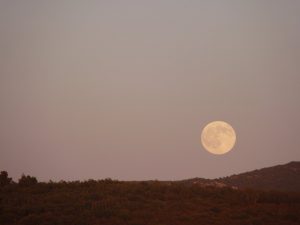 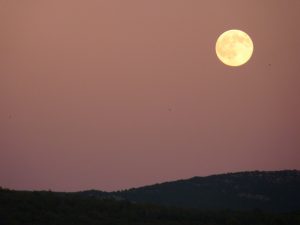 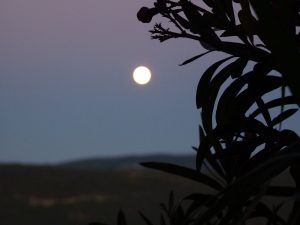 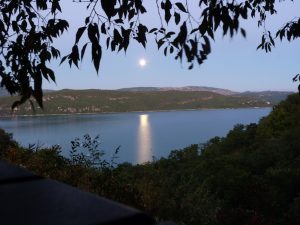 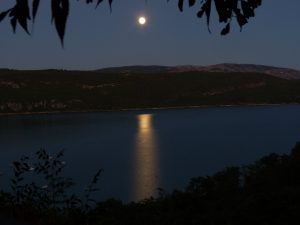 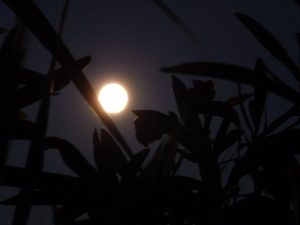 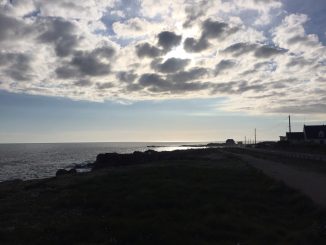 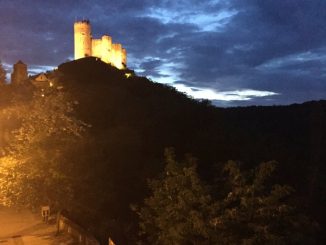 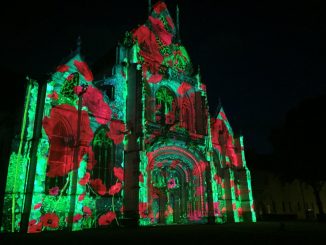 2 Comments on Vroom with a view…