He wasn’t kidding. I don’t know about you but when I know I have an early start I seem to wake up every ten minutes and check the clock. Then just as you slip into a deep sleep – brrrrring! Time to get up, d’oh!

To our surprise after all the horror stories we’d heard, the easyJet flight to Lisbon was on time and fuss-free. Our bags were the right size, we didn’t have to put them in the hold and there were no drunken hen or stag parties on board. There was the obligatory crying baby of course but he soon fell asleep after take-off.

When the Captain announced that we were flying over Santiago de Compostela in northern Spain I nudged Gill and reminded her that it took us 10 weeks to get there in Vince in 2016 rather than a mere 90 minutes in the aircraft! I didn’t remind her however, that I forgot the camera that day so we have no pics, oops. Full story here.

Even the formalities at Lisbon Airport (or the Aeroporto Humberto Delgado to give it its proper name) were a breeze so we soon found ourselves staring blankly at the Metro map and ticket machine outside the terminal building. We were definitely on a roll as we spotted a Union Jack button on the screen which miraculously changed everything into English – and the Lisbon underground system is way simpler than London so we nailed it first time. One change of lines from red to blue had us arriving at Parque, a short stroll from the hotel.

We were too early to check in so we dumped the bags and headed off for a coffee and one of those amazing custard tarts they do here. A quick wander of the streets local to the hotel while we waited for our room to be ready, revealed a number of bars and restaurants – duly noted for later – and a temporary Christmas market in the Edward VII park. It’s named after our Edward VII following his visit in 1903. We decided the market would be more fun after dark and adjourned for lunch.

We’ve probably praised the Portuguese menu of the day tradition before, but these no-frills lunches really are amazing value. We enjoyed some toasty hummusy olive-y nibbles, then eggy asparagusy starters, salmony auberginey mains with coffees and hugey glasses of red wine – all for €12.50 each. Bargain. Hic!

All we wanted after that lot was a snooze, but no! I bore you all in mind (which makes a change from boring you out of your minds) and headed out again to report back on the wonders of downtown Lisbon.

We passed designer shops a-plenty. They were all there, Versace, Gucci, Armani and lots of others ending in i. And not a single price to be seen in their lavish window displays. As they say, if you have to ask the price, you can’t afford it! And we certainly can’t.

We finished our mini-exploration at the bank of the Tagus river when we were distracted from our sunset picture-taking frenzy by a sign for half-price cocktails. Did somebody say mojitos?

We took a rather squiffy Metro-ride back to Parque, by this time in full darkness. As a result Lisbon was resplendent with festive lighting all around the Christmas market we found earlier.

The hunger pangs were starting up again – well we had walked for miles – but the Mr Pig stall, the churros, donuts, hot dogs and crèpes just didn’t appeal. We elected to go with doorstep size sandwiches of dried ham – good call – and soft sheep’s cheese – very bad call due to lingering sweaty sock smell when we took them back to the hotel with a couple of bottles of beer. Or maybe it actually was sweaty socks…? Ewww.

After such a long day we badly needed some sleep so we knocked off feeling we’d really filled the hours since we got lost looking for a post box on the way to Edinburgh Airport this morning. Sorry? Oh. Didn’t I mention some idiot listed some things on eBay a week ago without realising they’d need to be posted on the day we left? Probably best if we gloss over that one then.

Tomorrow we sally forth with a 24hr go-anywhere pass which covers the trams, the metro and one or two attractions as well, so I’ll be back with a full report afterwards. Unless wine. 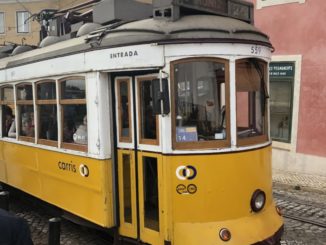 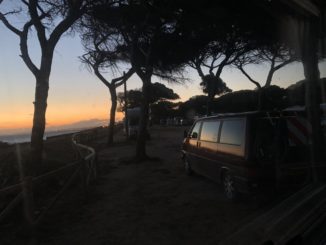 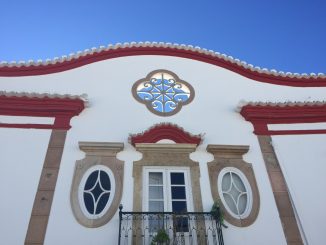 4 Comments on …and in a packed programme tonight…