“Ground Control to Major Ken – get your a*se back home now, there’s tons to do!” Well really! That wasn’t a very nice text message to receive on a lovely spring day like today, now was it?

In fairness it wasn’t unjustified as I’d skived off for the afternoon to give Vince a pre-trip shakedown run. You know those YouTube clips you see in spring time, of the cows being let out of the shed for the first time in months, or the new lambs gambolling away just for the joy of it? Well that’s how Vince felt driving along after a looong winter sitting on Scottish driveway in frost, snow and gales. All I could do was hang on to the wheel and hope he didn’t dash off into a field and roll around on the grass – he’s such an attention-seeker.

The poor old thing definitely needed some TLC so he’s had new tyres today. He looked so sad tilting over with a slow puncture on one of his rear wheels that we had to act; the rear tyres still have plenty of tread but they’re getting on a bit in age. Standing around so much, as motorhomes do, isn’t very good for the tyres so a new set was the order of the day. He’s had a new hose for draining the fresh water, a new cassette for the loo (we’re keeping the old one on board too to give us longer between sites ewww), the *embarrassed cough* lichen growing under the front windows has been cleaned off and he’s had a good scrub inside and out. All of the latches on his cupboard doors have seized up so they’re bathing in WD40 overnight and should be fine in the morning.

All of this activity is the beginning of preparations for our first big trip in ages, starting in a couple of weeks. As we said in our last post at Christmas (Christmas? It feels like just last week), we’re heading off for eight to ten weeks of blogtastic adventures in Spain and France with maybe a little pinch of Portugal for seasoning. Can’t wait! It’s been a difficult winter as we lost m’dear old Mum in January, and a bit of cheering up won’t go amiss. Actually there’s quite a bit of cheerier news on the horizon – Vince is going to be a Grandad! My oldest daughter has a bun in the oven so we have to be back by the end of June. She won’t let me splash the news all over Facebook…but she didn’t say anything about the blog haha! It’s ok though, there’s only you & me here and I know you can keep a secret right?

The other reason we have to be back before June sadly, is work. We’re supposed to be retired but the area we’ve moved to in Scotland is very short of teachers so Gill has picked up quite a lot of supply work. My own employment as part time Vice-President-in-charge-of-bin-emptying-and-bog-cleaning at Mossyard Caravan Park ramps up in the summer too. The place would fall apart without me. (I like to imagine!) I wasn’t expecting many hours during the winter but there’s been some heavy work building dykes and resurfacing car parks so I’m glad to be able to clear off for a bit of recuperation. Ooh my back!

So! It feels good to be cranking up the old blogging engine again 😀 We’ll be taking a few days to get to Portsmouth for the ferry, visiting friends and family on the way, then the real adventure starts on arrival in Bilbao on 14th March. I dare say you may hear from us again before that…

If any of our lovely subscribers or secret checkers-in have suggestions for places to see on the way – or any other thoughts for that matter – they’d be very welcome via comments below, or on email to ken@vincentvangone.co.uk or even via our shiny new(ish) Instagram account @vincentvan_gone. The rough route we’ll be taking (it says on this post-it note) will be Bilbao to Burgos to Madrid then south-west to Cadiz. We might tootle into the Algarve for a few days before following the Spanish coast all the way east and north to France. We want to spend a week or so in the Loire (well, not actually in the Loire you understand), then take a short Channel crossing home.

We’re really looking forward to taking you all with us again for more mayhem, more malarkey, and many, many more things beginning with M. 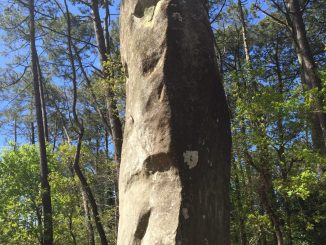 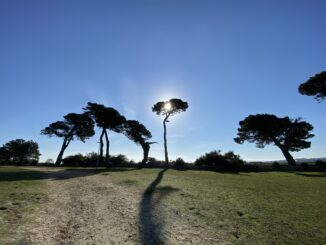 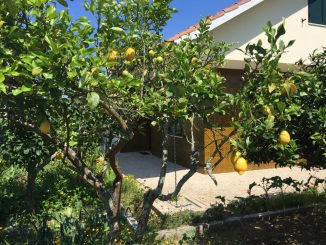 5 Comments on Commencing Countdown Engines On…