Hola! And welcome to León.

After our exploration of Cabárceno on Monday we retired to the cosiness of Vince for an evening with David Attenborough and the dancers from Strictly. Not literally as although Vince is a big fella it would have been a bit of a squeeze what with the whales and dolphins and everything.

What we’re trying to get used to – in a good way – is all the data that came with our new phone deals. Last summer we were blogging and emailing on about 3Gb of data every four weeks. Sometimes we had to top up along the way but we just about coped. Now both our contracts have expired so we’ve gone to sim only deals, one with Vodafone and one with Three. Between us we now have 32Gb of data per month and it’s bloomin’ great! We can listen to a little UK radio on the road by plugging into Vince’s sound system, and as I mentioned above we can watch a bit of TV too without worrying about the cost of extra megabytes. The limiting factor now ironically is battery life. The phones are expiring before the data does d’oh! 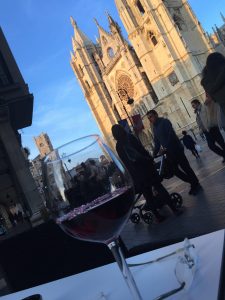 Before we hit the road I was distracted by a dripping sound near the shower. Damp is the motorhomer’s worst nightmare. If water is leaking into the bodywork from somewhere it can cost a fortune to sort out and make the van virtually unsellable. We have a habitation check every year to catch any such problems with a damp meter but Vince’s isn’t due until we get back in December. You can imagine how frustrating it was listening to the drip, drip, drip in Vince’s bathroom but being unable to trace it. The taps were fine. The shower head was bone dry. There was no water around the sink or shower tray either. We store a few bags and the water barrel in the shower but they were all dry too. What a mystery… I took everything out of the shower just to be sure and the sound stopped. Was it something to do with the drains? I put everything back and blow me – the sound started again. It was regular as clockwork. Drip, drip, drip. Or should I say tick, tick, tick? Gill had put her alarm clock in one of the wash-bags we were keeping in the shower, and the hollow tray underneath was making it much louder aaaaargh! I’m pleased it wasn’t damp but that’s an hour of my life I won’t get back.

We had a long boring motorway drive to León, but it should be said that the Spanish motorways are smooth, empty and free of roadworks. And paid for by us… It was a nice easy drive with a stop halfway at the services which incorporated a service point for campervans. That was extremely handy so we could fill up with water as well as diesel – which ranges from €1.04 to €1.12 per litre at the moment. We’re told it’s even cheaper in Portugal so we’ll wait til we get there for the next fill-up.

The traffic in León was something of a shock after a lazy motorway drive – the Spanish drivers taking no prisoners as they came at us from all directions with horns blaring and lights flashing. Luckily Vince is bigger than they are so we blissfully sailed on through the tight streets changing lanes with the dignity and grace you’d expect. We are British, you know.

Our accommodation is in a city car park in an area reserved for campervans – totally free of charge and a twenty minute walk to the centre. I do wish the UK would take a leaf out of the Europeans’ book and set similar areas aside. As a group we bring lots of tourist cash with us but in Britain the local authorities seem to want nothing to do with us, evidenced by the height barriers and silly parking charges. Whatever, we’ll just have to keep coming abroad until they wake up.

The highlight of our visit was sitting in the late evening sun last night with a glass of vino tinto and soaking up the atmosphere. We were in the Plaza Regla overlooked by the beautiful cathedral, watching all the excited children dressed up for Halloween running about chattering and laughing. The Spanish love to walk around in the evening to meet friends and family so the atmosphere was warm and friendly – we received lots of nods and smiles even though neither of us speaks a word of the language. We particularly like Spain’s inability to serve a drink without providing a little snack alongside – last night it was a heavenly tasting vanilla slice; the sweetness offset by the sharp dry red wine. Phwoaar! 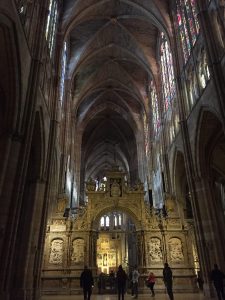 Today we decided to explore the Cathedral itself; we couldn’t believe how quiet the streets were in comparison to yesterday’s nose to tail traffic. It was almost as though it was a bank holiday. Oh. Actually it is a Bank Holiday today – All Saints Day. Nobody mentioned… Luckily many of the public buildings are open so we grabbed an audio guide on the way into the massive church and enjoyed an hour or so listening to the history of its construction and later renovations. I can’t multi-task so listening, looking, walking and writing notes is an impossibility for me – here are a few facts I did pick up: It was started in the 13th Century. It has more stained glass than any other Cathedral in Europe except for Chartres. It’s €6 to get in. Oh yes, and it’s in the true, airy Gothic style before Goth went all er… Gothic. Hopefully the pics will be clearer than my lack of language skills. 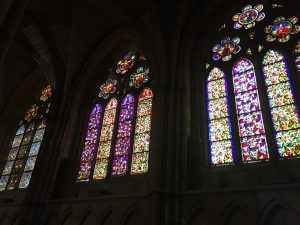 We’re planning on an early get-away tomorrow to run down to Salamanca where we hope to find a camp-site where we can do a little washing and hook-up to the grid to recharge all our batteries, including Vince’s. That should give us another few nights on free aires on our way south. 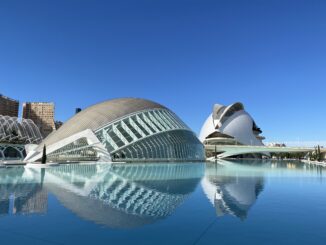 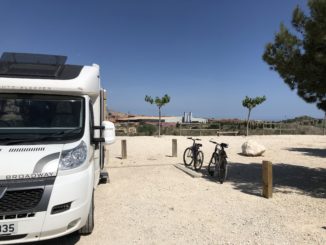 5 Comments on Things of León