Ok, ok so last week we left you expecting further updates. And to be fair we were expecting a few more fun days of blogworthy chit-chat ourselves, but poor old Vince had a bit of a personal problem, more of which later…

As I recall from last time we were heading off from Port Logan in the morning. The plan was to head north up the coast for free lodgings, fish and chips and a bit of full-fat 4G signal. It started so well – we had a good breakfast chat with our camper-van neighbours, a couple from Dunbar who were exploring the SW coast of Scotland. We were happy to swap recommendations; we told them of a few good places to stay round these parts, and they recommended one or two spots on their bit of the east coast.

We couldn’t resist another stroll along the beach to the handful of houses which constitute the village of Port Logan. We found out a little more about the ruined lighthouse at the end of the harbour wall. We seem sometimes to stumble on nice little coincidences on our travels, like tripping over the place in Scotland where the WWII Mulberry Harbours were tested after we’d seen the abandoned pontoons lying on a Normandy beach the year before. This time we discovered that the pier and the 25ft high, 10ft diameter lighthouse with bell tower were designed and built by Thomas Telford. Why is that a coincidence? Well it’s because we lived for over 30 years in Telford, a new town named after the Scottish Civil Engineer, Architect and Stonemason. Which you’d have known if you’d been paying attention over the last couple of years and 144 posts. Do try a bit harder, I don’t do this for the good of my health you know. 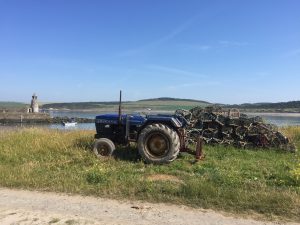 Where was I? Oh yes, the stroll along the beach. We elected to walk back through the picture-postcard village, unable to resist the classic tractor and lobster-pot pic. A little further along the only street, we spotted a sign for fresh free-range eggs alongside an honesty box but sadly there were no eggs in evidence. There was a notice directing us to the nearest cottage so Gill rang the little bell hanging by the front door.

“Yes dear, we’re keepin’ the aigs indoorrs fur noo as it’s so warrrrm. How many would yiz like? We’re no’ used tae a’ this sunshine – the puir hens arnae layin’ so many.”*

*Google translate (Scottish-English) supplies the following: “I say, it’s jolly warm out there so we’re keeping the eggs in the bally old fridgidaire. The chickens are so hot they’re having nightmares about Colonel Sanders. Regretfully they’re not producing many eggs but we can spare a traveller half a dozen if that’s all tickety-boo?”

And jolly nice eggs they were, too. All different sizes and colours, but blended into scrambled-on-toast with sea salt and black pepper they really hit the spot, before we hit the road. There was rather an important Association Football tournament going on so we (I) needed to be sure we had a TV signal. That meant revisiting Girvan Harbour where we’d been before so I knew we’d have phone, satellite and TV reception, leaving lots of options for our (my) viewing pleasure. 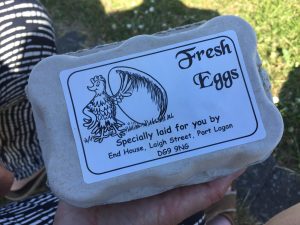 I’ve just looked for the post I did when we visited Girvan so that I could link it to this one. (You know if you click on a red phrase in our posts it takes you to that adventure..? ‘Course you do, you’re bloomin’ good at this internet stuff – sorry about that). Sadly I couldn’t find the post about Girvan because – you’ll laugh at this – I didn’t write one. I meant to, honest – it’s the only time I haven’t logged Vince’s travels so please accept my heartfelt appypollyloggies. Short version: great signal, nice harbour, fantastic fish & chips, town a little tired, free parking, overlooks Ailsa Craig – big triangular island where they quarry granite for curling stones. See? I remember that bit, I even took pics for the post but for some reason it never made the light of day. It was probably just my usual drivel anyway.

Back to this trip; I’d been a little concerned at the rate we were consuming water. We can normally stretch a tankful out for several days but the gauge was sinking faster than my stomach when Gill gives me that look that says she knows I’ve been filching chocolate from the fridge again. Vince’s waste tank gauge could get the Booker Prize for Fiction, but we’ve never had issues with the fresh water accuracy. All became clear when we parked up at Girvan; there was an embarrassing trickle coming from Vince’s bottom. He was blushing and not making eye contact so we knew something was wrong. Investigation revealed that a rusty jubilee clip had cut through the drain hose from the water tank – and guess who hadn’t packed any tools..? I don’t know why I bring her sometimes.

With heavy hearts we had to pack up again and head home for a temporary fix with a new clip and a slightly shortened hose. I’ll have to order a new one, as the repair job has stretched the hose tight. I don’t think it’ll last long before vibrating off on Britain’s pot-holed roads. We (I) did make it back in time for the match so all’s well that ends well.

We’re still having a few issues with Vince’s solar controller at the moment too – all this sunshine is frequently tripping his electrics so we won’t be going too far until we get these problems sorted. We’re not too stressed, it’s all part & parcel of keeping a motorhome in captivity; they need lots of looking after. Luckily, the beautiful Caravan Park where I work part-time isn’t far from here. My boss sometimes lets us stay there when I have work the next day so Gill gets a lovely day out while I’m off emptying bins and cleaning loos! In return for the free stay I like to give them a wee plug – which is the closest this blog ever gets to advertising… Mossyard has one of the best beaches in Scotland and is midge-free thanks to the light sea breezes. Or gales as we call them in winter. You’ll be very welcome there whether you’re a tourer, motorhomer, caravanista or if you just want to bring the car and rent a cottage, lodge or a static caravan. You won’t regret it – just tell them Vince sent you 😀 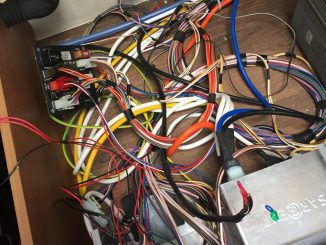 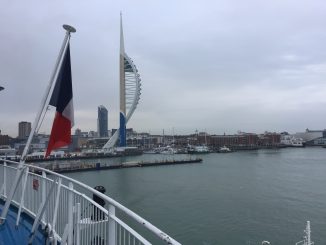 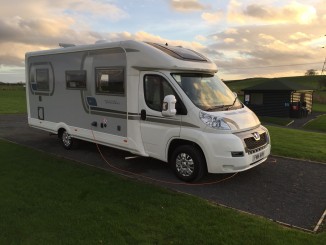 Getting to Know Vince