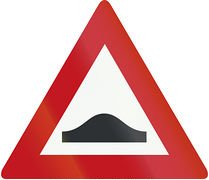 Last year I read a post by our favourite travellers Jay & Jules which described ‘The Hump’ – their way of describing the sometimes negative feelings & doubts which creep in as departure day approaches. I didn’t really get it at the time but re-visited it today and with only a week to go, it really hits the nail on the head.

It’s been a strange couple of weeks. Unlike J&J we are going away for ‘only’ four months, but that’s still the longest we’ve been away from family and friends in our whole lives. If it goes well we may be away for even longer in the future and it’s more of a wrench than we realised.

There’s a certain amount of guilt associated with heading off selfishly leaving parents, friends, and especially our children behind. Our first-born Claire is in the throes of house-purchase and organising her wedding in October; Katie is in her first year as a junior doctor dealing with ridiculous shifts and making life and death decisions. And occasionally going on strike over the imposed new NHS contract. My lovely business partner is going to be lumbered with running the driving school in my absence; we get lots of enquiries by text, phone, email, Facebook and Twitter so I think she’ll need a four month break when we get back 🙁 I guess there’s never a good time to go away. Our unsettled feelings aren’t helped by having to re-home our cats, we said goodbye to Oscar and Marge on Good Friday. The plan had been to foster them but the lovely family who took them in has two small children and we don’t have the heart to take the cats away from them again in September.

We did a grand tour of the UK over Easter, visiting family in Yorkshire, Midlothian, Fife and Dumfries & Galloway. We had the girls and our future son-in-law to stay for a weekend and both of us have had lunches or nights out with best friends, biker mates, teachers and ex-teachers (you know who you are!)

The wonderfully heartwarming thing for us is that every single person that matters to us has wished us well, offering ideas, advice, support and more than a little envy. Our parents – my Mum and Gill’s Mum & Dad, typically of their generation have told us ‘for goodness sake don’t worry about us – get out there and enjoy it while you’re still young and fit!’ Young & fit……hahahahahahaha! I suppose there’s always Skype and FaceTime to keep in touch and at worst we are 24 hours hard driving away in an emergency.

In other news, the house is a bomb site with stuff everywhere, we hope to put it in some kind of order this week, but it’s difficult without Vince here to pack. We had a minor repair to the bathroom window blind done by the dealer last week but when we went to collect him yesterday a mysterious set of scrapes had appeared down his side. He’s in the bodyshop for a few days of minor surgery at the dealer’s expense (no complaints there – they were very eager to put things right) but it adds one more layer of stress to what is supposed to be a holiday.

Onwards and upwards – we’ll sort everything into piles for each cupboard and locker in Vince so packing should only take a morning next weekend. We’ll fire over to the weighbridge to check we’re not overweight and will probably have to shed a few non-essentials like the jacuzzi, the ice-skates and lacrosse set… Then it’s down to kip in Canterbury’s park & ride on the night of 11th April so we only have a short run on Tuesday morning to the ferry port at Dover – eeeeeeeeeek!

See you on the other side.

6 Comments on Climbing the Hump