Here we are back on the road again for a quick two-day trip to get away from the mayhem of packing up all our worldly goods to move home. After living in our house for over twenty years we had no idea there was so much stuff!

The main task over the last week or so was clearing the loft; I’m sure you’ve had the same conversations over the years that we have…

I’ve been to our local recycle centre so many times lately that I’m now guest of honour at their Christmas Party!

Apart from escaping the chaos, we need a few days away in the big fella to cheer us both up. The house we fell in love with in Scotland has been snatched away from under our noses as the sale of our own place has taken too long grrrrr. Nobody’s fault – well – apart from our first buyer whose own buyer pulled out leaving us 12 weeks behind schedule. Without that we might just have beaten that bloody Scotsman to the draw!

There’s no point dwelling* on it now; we can’t change it so we’ll move on to Plan B. Actually we didn’t have a Plan B so I’ve just written one on the back of this envelope, hang on… God my writing’s awful… ah yes, it says “Go away in Vince” Sounds good to me. We’ll fire up to Scotland for a week or two to give Gill’s folks a hand with their own house move, then as soon as our sale completes we’ll put all of our things in storage and head for the sun. As I put in an email to our solicitor five minutes ago it’s just as easy searching for properties online from a beach in Portugal, as it is from a muddy field in Shropshire! We’ve both finished with work for the time being; Gill’s teaching contract has ended and I’ve re-homed the few learner drivers I had left after getting the rest through their tests. One kind ex-pupil even bought my Mini which was an unexpected bonus.

Sorry, what was that? We’re far too young-looking to be retiring? Why that’s very kind of you to say so, thank you! In all honesty this short period of not working has made us realise we need to be doing something so we’ll look into taking on some part-time work or volunteering once we find somewhere to live. Maybe.

Back to the present then – where are we? We are overlooking a little fishing-pool at a site in Pembridge in Herefordshire at Vince’s request. You remember those Lassie, or Skippy the Bush Kangaroo shows where the star had to communicate something important?

“What’s that Lassie? Another kid has fallen down the mine-shaft? Sheesh!”

Vince managed to communicate an idea through the medium of mime when he saw me putting lots of long-forgotten toys in the car to take to the tip. By waggling mirrors and flashing his lights in Morse Code he suggested we look for a charity which could make use of them. He’s a big-hearted old thing really. So here we are after taking five big bags of freshly cleaned soft toys to The Teddy Trust, whose collection point is just up the road in Kingsland. Soon, all the teddies which comforted our own children over the years will be providing a listening ear and lots of cuddles to children in conflicts all over the world. It was very little effort on our part, but will hopefully make a big difference to somebody, somewhere. Check out their website or Facebook page, I’m sure any bears hibernating in your own loft or garage would be happy to go travelling too.

As I type I can hear one of my favourite sounds, well two really – raindrops lashing down on Vince’s roof, and the glug glug glug of something liquid going into a glass. Thanks, Gill! You’re right, there’s no point going exploring in the rain is there? We’ll save that for tomorrow and report back to you then.

Meantime chin chin, it’s SO good to be back 🙂

*dwelling! Do you see what I did there? 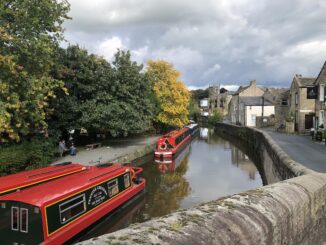 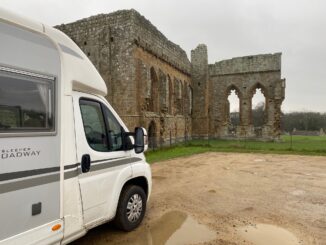 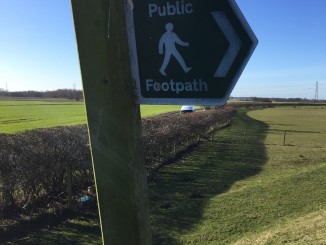 5 Comments on The Bear Necessities