Last time out I mentioned how rusty we are when it came to preparing for a seaside break with Vince. Fortunately, of the three of us, Vince had no problems remembering what to do. He’s been waiting patiently for his big moment all through Lockdowns one to three, and finally we’ve escaped.

We expected a few problems here and there as he’s been sitting unused for so long, but no! His heater works, the hot water is scalding, there are no blocked drains or creaky hinges – even his TV didn’t need a retune! After an oil check, a few pounds of air in his tyres and a 27-point turn to reverse him out of the storage hangar, our travels have resumed.

As this was our first trip in a while we didn’t want to be too adventurous. So no off-grid camping spots this time around. We just embraced the tat, donned our kiss-me-quick hats and set the controls for Whitby. The site we chose gave us a perfect pitch on the cliff-top with views over to the Abbey on our left, and crashing waves ahead of us and down a bit. Down a lot, actually! Gill kept asking me if the handbrake was on tight as she didn’t fancy waking up in the North Sea.

Whitby Abbey has to be one of the most photographed locations in North Yorkshire. The dark gothic ruin against the grey stormy skies just begs you get the camera out. There are all sorts of terrible tales of vampire murder and mayhem associated with the abbey, but frankly, the scariest thing about it was the entrance fee. Thirty-five quid for the two of us? We politely declined. The abbey is linked to the town by Church Steps, a steep winding stairway past St Mary’s Church and graveyard. Allegedly there are 199 steps but having been up and down them four times I lost count at around 170. I think my brain had shut down from lack of oxygen.

Our first day was cold and windy so we just had an amble around the town, drinking coffee, eating fish and chips like proper tourists and popping in and out of the Whitby Jet shops. For around 200 years, craftsmen have fashioned this black fossilised monkey-puzzle wood into jewellery of all kinds. When ground and polished it’s a deep lustrous black and makes a striking background for silver earrings, pendants and bracelets.

On our second day the sun came out so we planned to walk from the site to the East Cliff, down into the town and along the esplanade and up the West Cliff to Pannet Park. We’d read that this park housed the Whitby Museum where we could find out more about the town’s maritime past. We checked with Mr Google to see if it was open yet, and he said….no. But what does he know? He’s based in California. So we went anyway. And it was closed, d’oh! Nevertheless it was a good walk, and the park was beautifully kept. I’ve never seen so many squirrels in one place – possibly because the locals seemed to enjoy feeding them. They even outnumbered the seagulls.

Back at the site we had our first outdoor aperitifs of the season. Admittedly we were wrapped up in coats and scarves, and sheltering from the wind behind Vince’s large er… behind. With the sun shining and sitting out of the breeze it was a lovely way to spend an hour. We even had some entertainment laid on by the kind travellers who’d just arrived. Their little VW camper was packed to the rafters so they emptied everything on to the grass while they looked for their groundsheet and awning. Mr VW shook out the groundsheet and practically took off as the wind caught it, Mrs VW had to throw herself on it and hold it down, then stay there tapping her fingers for ages while her husband looked in every box for the hammer and pegs.

Having successfully nailed the groundsheet down they did their best with the awning (or divorce-in-a-bag as it’s sometimes called) but I suspect they unwisely hadn’t had a practice at home first. It’s bad enough working out how to insert tab A into rail B whilst standing on one leg and holding down lever C, but doing it for the first time in a howling gale on the edge of a cliff was never going to work. They gave up, and barely speaking to each other began to put up their toilet tent. At this point I couldn’t bear to watch any more – the ending of a marriage is such a sad thing to witness – so I went off to pour us another drink.

To their credit, Mr & Mrs VW were still there this morning when we left the site, and their little tent was still standing so there’s hope for them yet. At one time I was thinking that when we’re too old to manoeuvre our big old Vince around, we might invest in a little camper van. Not any more! It’s so lovely to just turn up, turn the seats round, and turn the kettle on.

Which is exactly what we’ve just done in Boroughbridge, seaside break over – we’re now on our second stop. It’s time for a cuppa then we’ll get off for an explore. We’ll report back on our findings in a day or two. 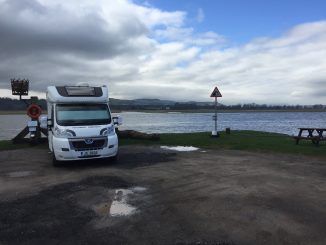 We Did it Solway 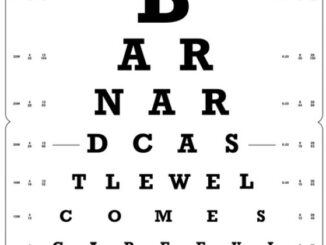 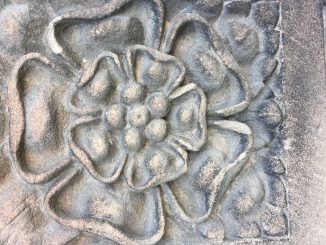 Wye Does it Always Rain on Me?